Our Class Visit to a Miracle Worker Campaign 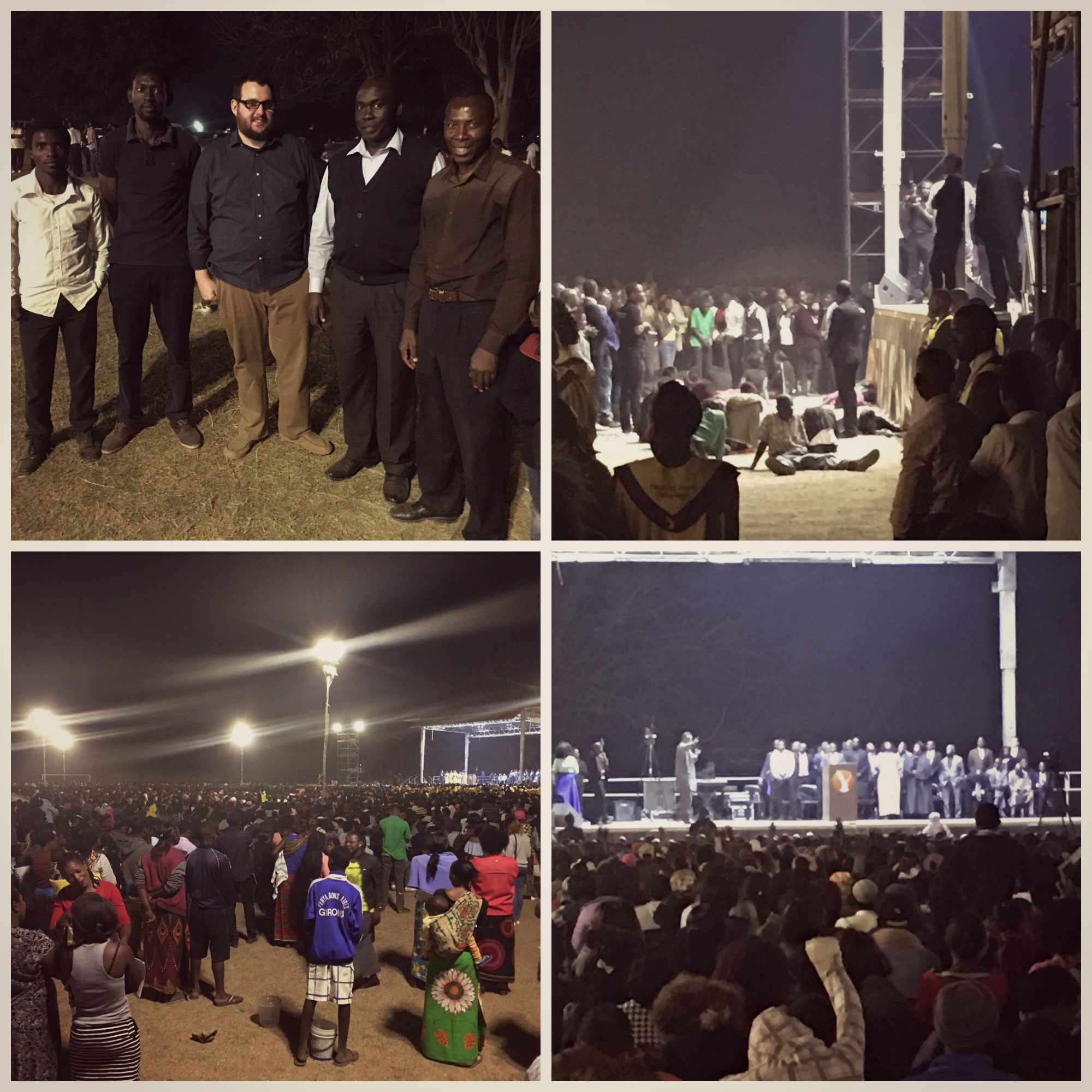 This semester I am teaching a 4th year class on Apologetics, in which we work through what a worldview is, how it affects our beliefs and behavior, and how to be more aware of our own and others worldviews as we engage in sharing the gospel. One of the most interesting parts of this class is finding clear examples of unbiblical worldviews for us to interact with to be able to better understand the worldview issues that we find all around us. Last week we were afforded a unique opportunity to get up close and personal with a very prevalent unbiblical worldview when we attended the Healing Jesus Campaign which had come to town for the weekend.

Evangelist Dag Heward-Mills is a London-born Ghanaian pastor who leads Lighthouse Chapel International, which has what is claimed to be the largest church campus in Ghana, along with 2,833 other locations in 84 countries. He explicitly teaches a health and wealth prosperity gospel (although his website makes great efforts to make his ministry seem doctrinally sound), and claims to be able to work miracles and offer deliverance from all sorts of demonic activities. His campaign travels around Africa every year, and his website www.daghewardmills.org states that he has held 168 campaigns in 20 countries, and that he has won a total of 10,872,343 souls! (For those of you who are wondering, that is an average of more than 64,000 salvations per weekend campaign!) So last Friday night four students from our Apologetics class and myself joined 4-5 thousand others in attending the service, hoping to be able to better understand the worldview from which he operates, and the kind of influence he has upon the vast crowds that he gathers.

We arrived after the song service had ended, as the offering was about to be collected. Right away the sow-a-seed theology was apparent, as the leader called out, We all came tonight expecting something from God, but I hope you all also came with something for God! In her prayer, she also asked that what was given in the offering be returned back manifold to the faithful who had sown in faith hoping to reap a miracle. After this Evangelist Dag began to preach for more than an hour. He wandered from one Biblical story to another offering his commentary, which was at times inspirational, humorous, and occasionally downright irreverent (recounting the fall, he said that after Eve ate and saw she was naked, she said to Adam, I want to show you some fashions. And then he concluded, Adam was happy that night, and thats how we all got here.)

After his message Evangelist Dag then led in a prayer service followed by miracles. He asked people if they wanted forgiveness from the sins which Satan has made you commit. He then proceeded to lead the entire assembled crowd in a prayer repentance and acceptance of salvation (this seems to be where his numbers of souls saved comes from). After this he instructed us to raise our finger and begin talking to Satan. We were commanded to bind him and declare our freedom from him. He told us to lay our own hands on our heads and he began to pray for us, casting out demons. Snake spirits, cobra spirits, wicked demon powers, kangaroo spirits, rhinoceros spirits, every animal spirit, I command you to come out! He then moved on to healing. Place your hand on whatever is wrong or doesnt work. He then began praying in tongues, after which he said, Whatever you couldnt do before, check yourself, youve been healed! Someone is supposed to die soon, but you are being healed. People streamed to the front to receive healing from him, and many fell down shaking as he cast out the demons.

The last part of the service was a testimony time for those who had been healed to share their miracles, and it started with a bang. The first lady to come up claimed to have come the night before straight from the hospital where she left her small nephew dying. But, according to Evangelist Dag, he had been raised from the dead! (There was quite a bit of confusion on stage about this, with some claiming that he had died, and some that he had not. Those who understood the Bemba of the ladys testimony said she never actually claimed that the boy had died). Next was a case of a young boy healed of severe epilepsy. Evangelist Dag, whose website says that he holds an MD and occasionally practices medicine at his ministry hospital in Ghana, actually concluded from this, We know that every case of epilepsy is always demon possession! There were also reports of deaf now hearing and cancer being healed.

On the way home, we discussed what we saw and heard. One student commented that his message demonstrated plenty of Bible knowledge but no sound theology or exposition of the text. He observed, His preaching and praying was all about creating fear of demonic possession and Satanic influence, which he then offered himself as the solution through the power that he had. Another one noted the explicitly African worldview of the spirit world in his casting out of animal spirits. We all discussed the easy-believism which called for everyone to an emotional response to the prayers but no changed life or meaningful follow-up or commitment (he left town two days later, after all), and then counted us all as decisions for Christ. It is likely that many of the same people attended every night of the campaign and got saved again each night.

Undoubtedly this was an eye opening and helpful exercise for the class as we seek to understand worldview and how it affects the lives and beliefs of the people all around us. But more importantly it gave us all a greater sense of the need and urgency of proclaiming the true life-changing gospel message. Most of the people there at the campaign would likely call themselves Christians, yet the faith they have seems not to be rooted in Christ at all, but is much more focused on fear of the spirit world and the search for a powerful man of God to deliver them from the spirit forces that cause all their problems. It was a sobering and powerful reminder of the task that still lies before us, even in this Christian nation, as we train and equip men and women for true gospel witness, and call all around us into true freedom that only comes from a relationship with Christ!